Moe’s Original Bar B Que, known for its Southern victuals, is an amazing spot in Tahoe City for a rehearsal dinner, engagement party or other wedding event.

Ginger Karl, Catering Manager at Moe’s, handles all of their special events and group gatherings. Although she has a busy schedule, Ginger recently chatted with Tahoe Engaged about her life and her work.

First, some background about how Moe’s made its way to Tahoe City. Owners Joshua Wallick and Eric Pilcher studied under the founders of Moe’s BBQ for five years to perfect their “pit master” Southern Barbecue skills. Then in 2013, they moved Westward to North Lake Tahoe.

The next year, Moe’s opened its first lakefront location, at 120 Grove Street. Then in 2018, they moved next door into the Tahoe City Marina building. This facility, at 700 North Lake Boulevard, has four times the seating capacity of their previous space, as well as additional catering capacity for larger groups. Patrons of Moe’s can arrive by car, boat or bicycle.

“Moe’s is a great option for casual lakefront catering in the dining room,” says Karl, noting that the dining room seats 70 people, the front porch accommodates 60, and the outdoor patio can host 80 guests. 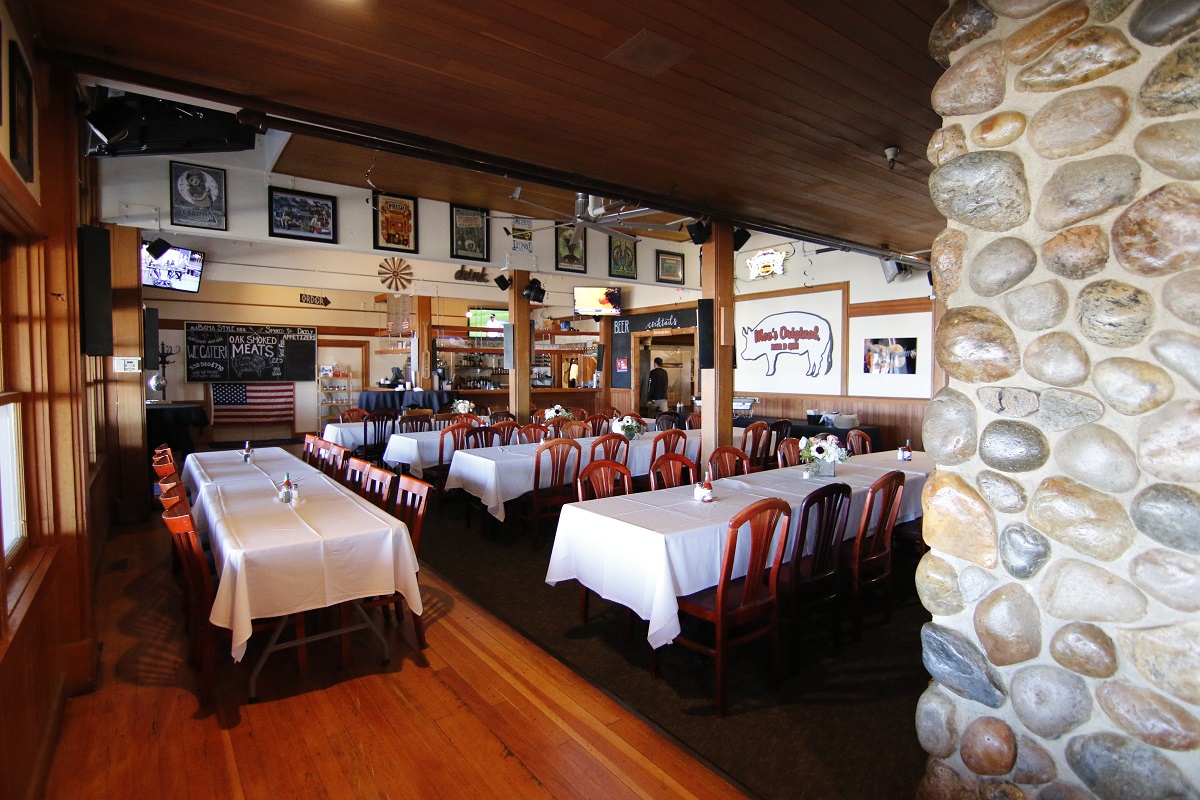 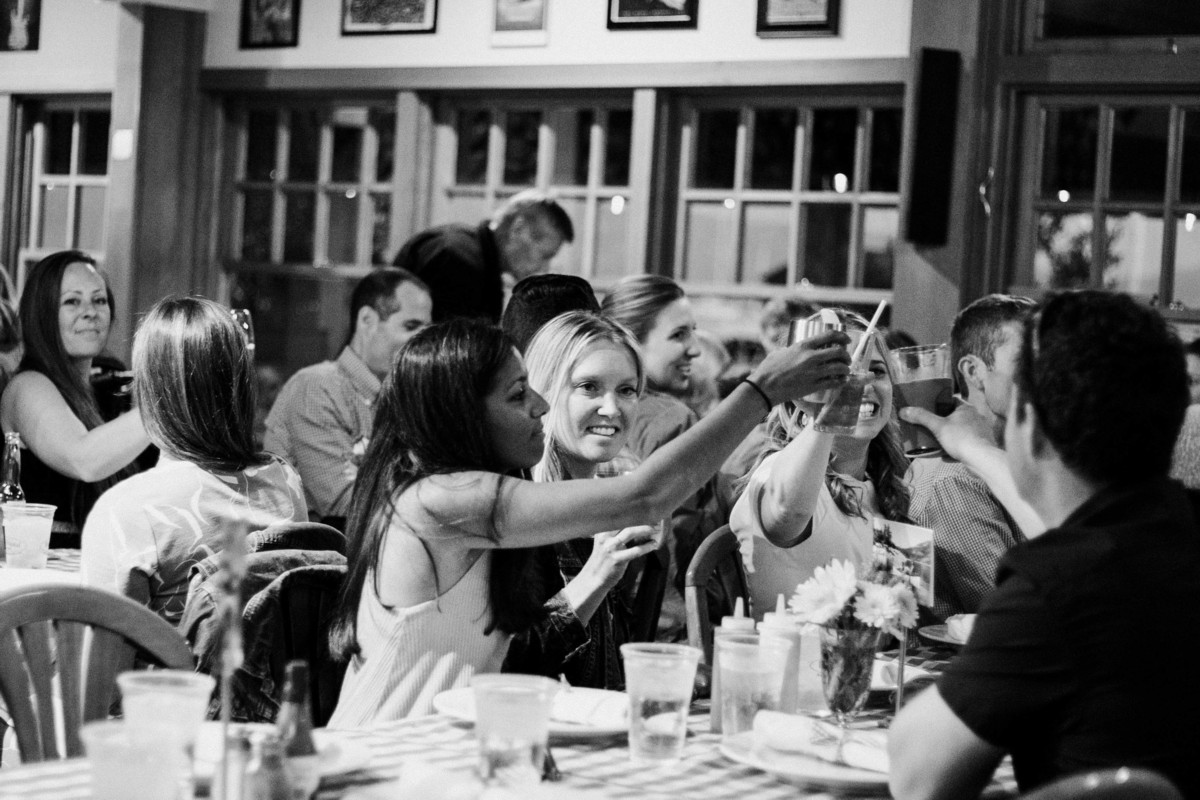 Moe’s also caters off-site events with a BBQ trailer that can be incorporated for smoking ribs and chicken at outdoor locations.

Recently Moe’s released their first brewed beer, the “Moe’s-aic IPA.” The restaurant also has a full bar.  Their next project is a brewery bar which will open in a new space within the 700 North Lake Boulevard location.

“We focus on a fun, casual experience for the group,” Karl says, explaining that groups can choose from paper plates and plastic-ware or upgrade to porcelain plates, cloth napkins and silverware.

Ginger Karl enjoys live music, camping, biking and anything in the great outdoors.  She loves spending lots of time with her new black lab puppy, Roxxy. 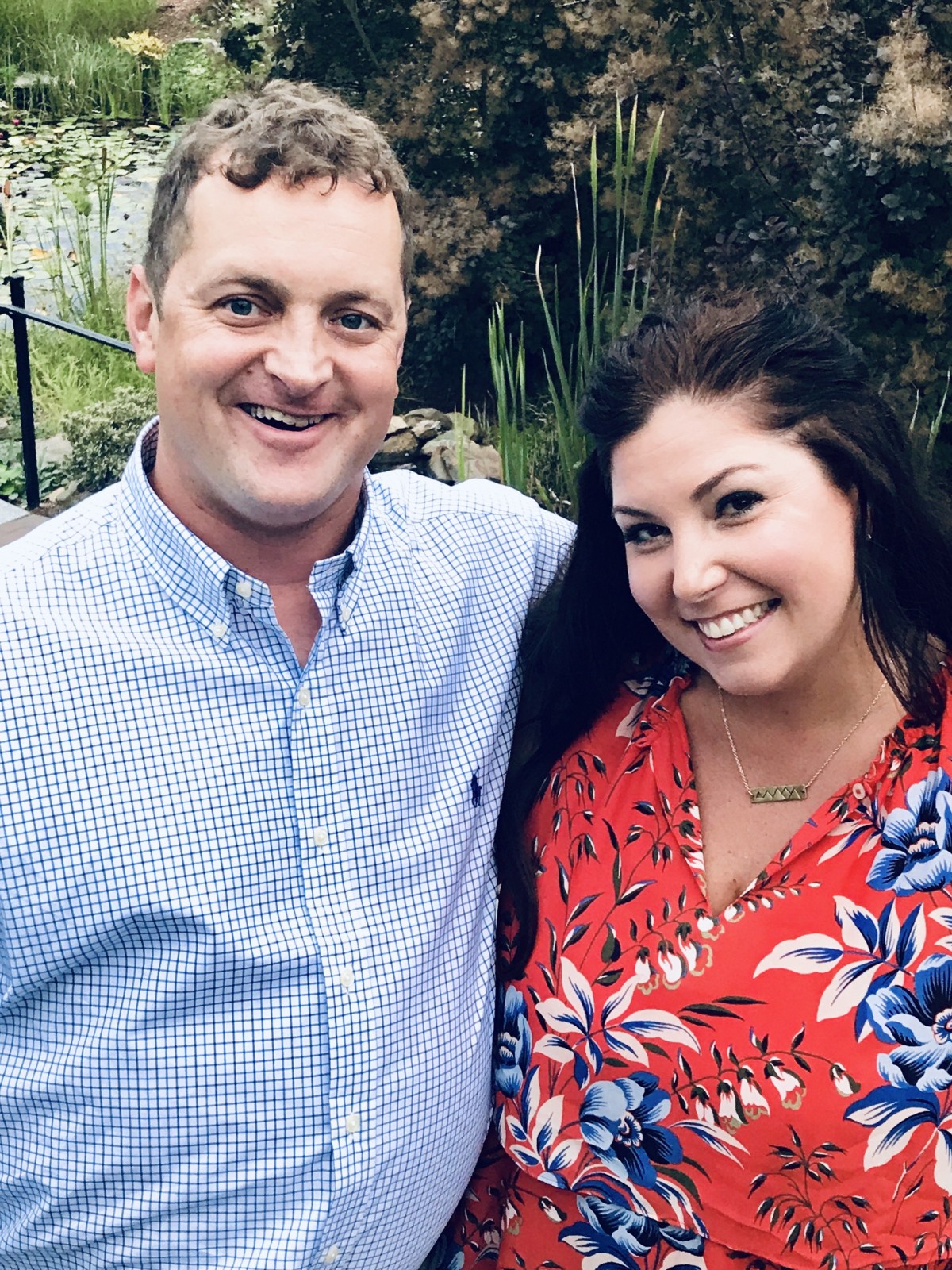 Karl comes from a long background of restaurant and catering/event experience. She says Moe’s serves the style of BBQ she grew up on in the South. She says it’s the perfect venue and food for laid back couples who want to have a good time with their friends and family. Think red and white checkered table cloths, casual fun and great food!

Here’s how it works: for a standard catering menu, couples would typically pick one meat: Chicken, Pork or Turkey; and then choose two sides, such as Mac & Cheese, Marinated Slaw, Baked Beans or Potato Salad. Top off the meal with desserts like Banana Pudding, Mud Pie and Chocolate Icebox Pie.

“We’re experts in portioning meat for parties,” says Karl. “You’re never going to run out of food with Moe’s.” Aside from meats, Moe’s also offers items for guests with dietary restrictions, including a gluten free, dairy free, or egg free menu. Many of the sides at the restaurant are vegetarian – they even offer a smoked tofu called “SMOFU”. 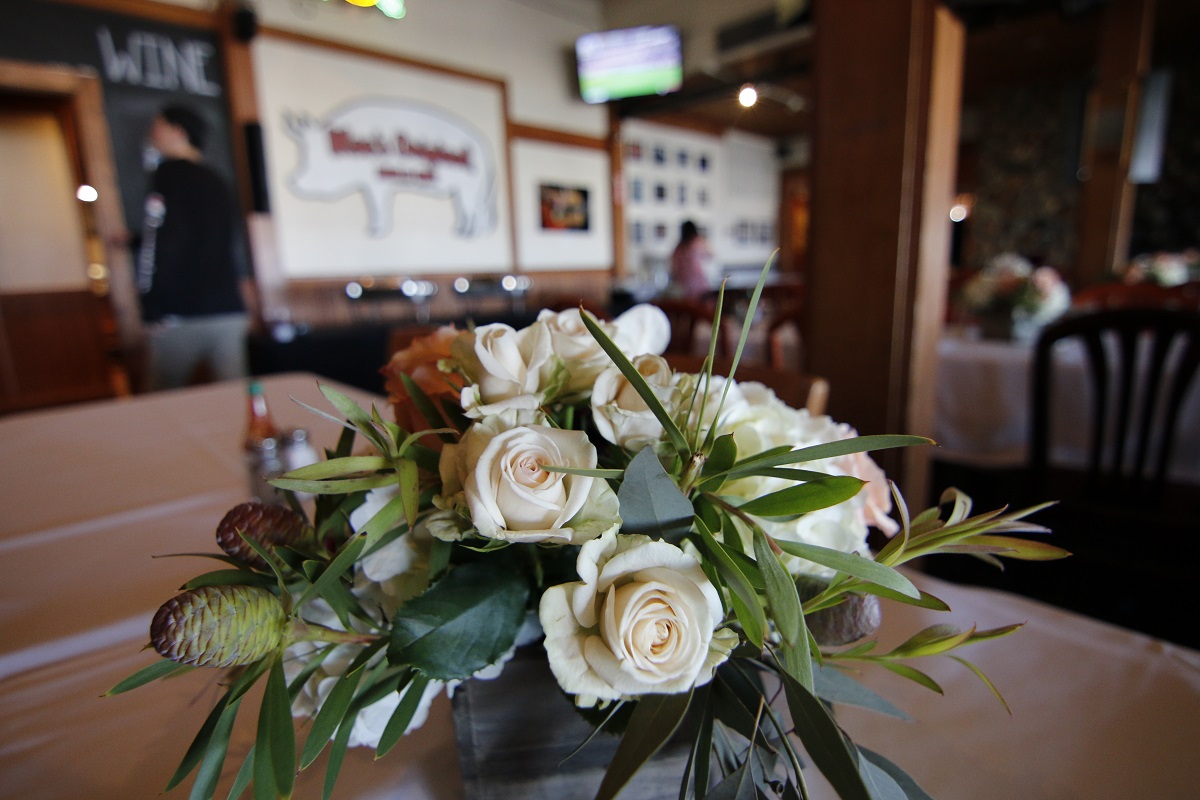 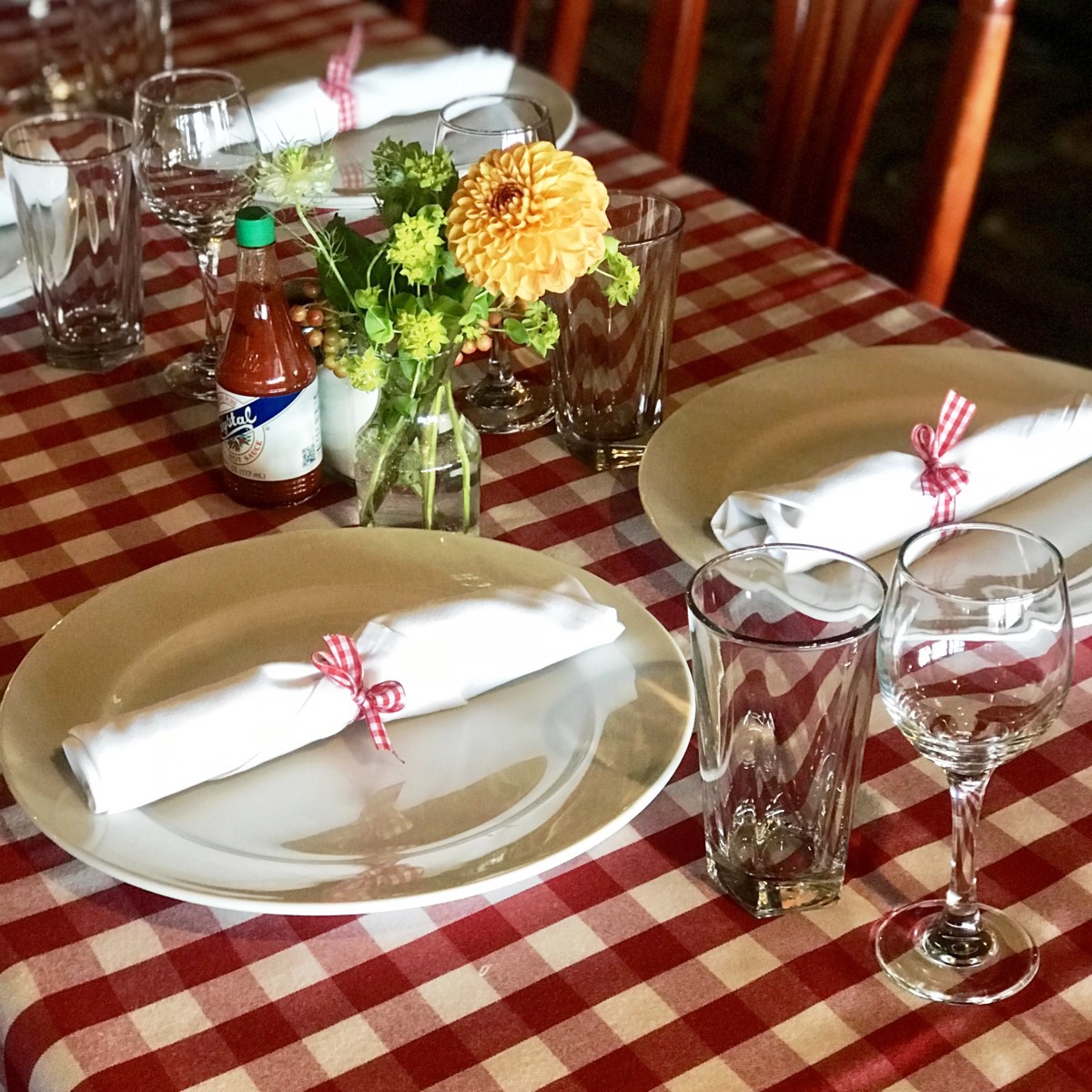 The mood at Moe’s? “Laid back, fun, not stressful, with great music playing,” says Karl.  And best of all, “You’re right on the Lake.”