Jason and Angela met at a friend’s 21st birthday party when they were 22 years old in Orlando, Florida. They quickly discovered that they both lived in the same town two hours away in Sarasota, and only 5 minutes away from one another. The two dated for 7 years before they tied the knot at age 29 in Lake Tahoe. Jason mentions that there wasn’t quite an “Ah-ha, she’s the one” moment, but instead many years of growing together until they couldn’t imagine not being with each other. They loved the excitement that every new experience gave them and they simply wanted to carry it on for the rest of their lives.

As two adventurers who love everything about the outdoors, Jason devised a spectacular plan for a dream engagement. After a little bit of research, he decided that a trek to the Mt. Everest Base Camp would personify everything that they loved most. At just over 17,000 feet, the trek to Base Camp was one of the most intense and challenging feats they’d ever accomplished together, but it was one they’ll never forget.  Upon reaching the top, Jason dropped to one knee and asked Angela for forever. It was truly the perfect moment! 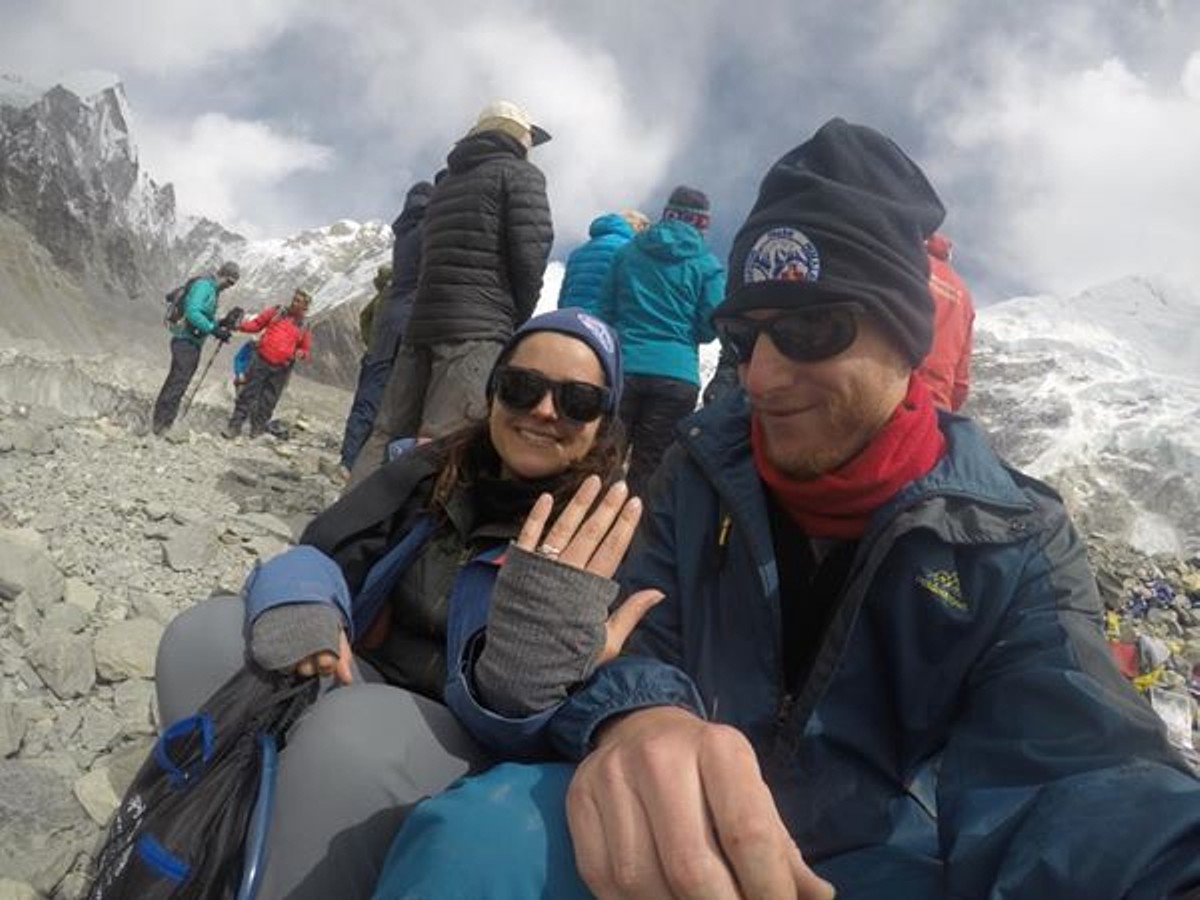 Since they had a mountain proposal, it only made sense that they get married at the top of one! There was simply no better place than the rustic, panoramic views of Heavenly Mountain in Lake Tahoe. Jason and Angela chose to make their wedding a three-day affair, which made for a one-of-a-kind, memorable experience for everyone involved.  The joy of their nuptial celebration was captured in the lovely photos below from VILD Photography.

In preparation for the ceremony, Jason and Angela met in a spot overlooking the lake for their first look. The emotions flew as they saw each other and set the tone for the rest of the beautiful day. The wedding party was shuttled up Heavenly Mountain on the tram where Jason and Angela would say I do with an expansive view of all the splendor Lake Tahoe has to offer. 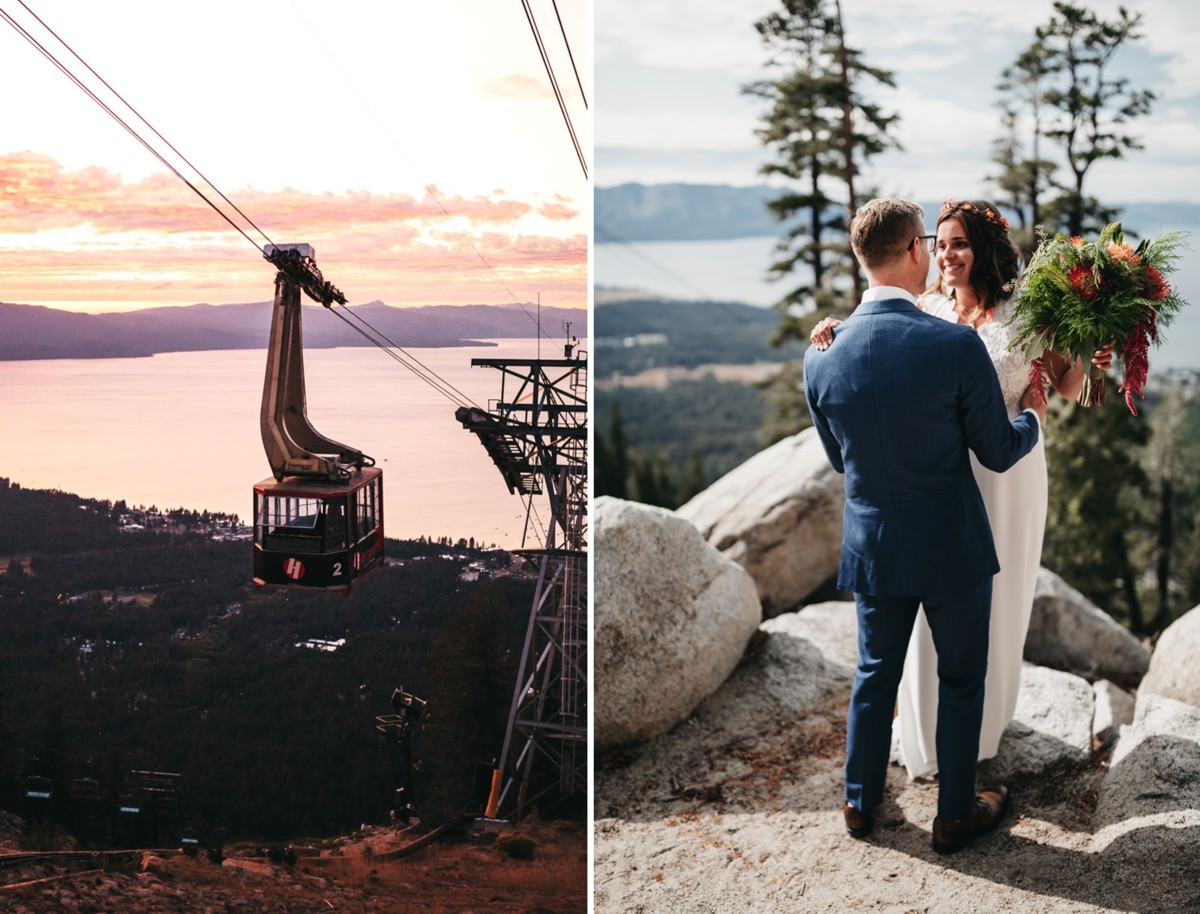 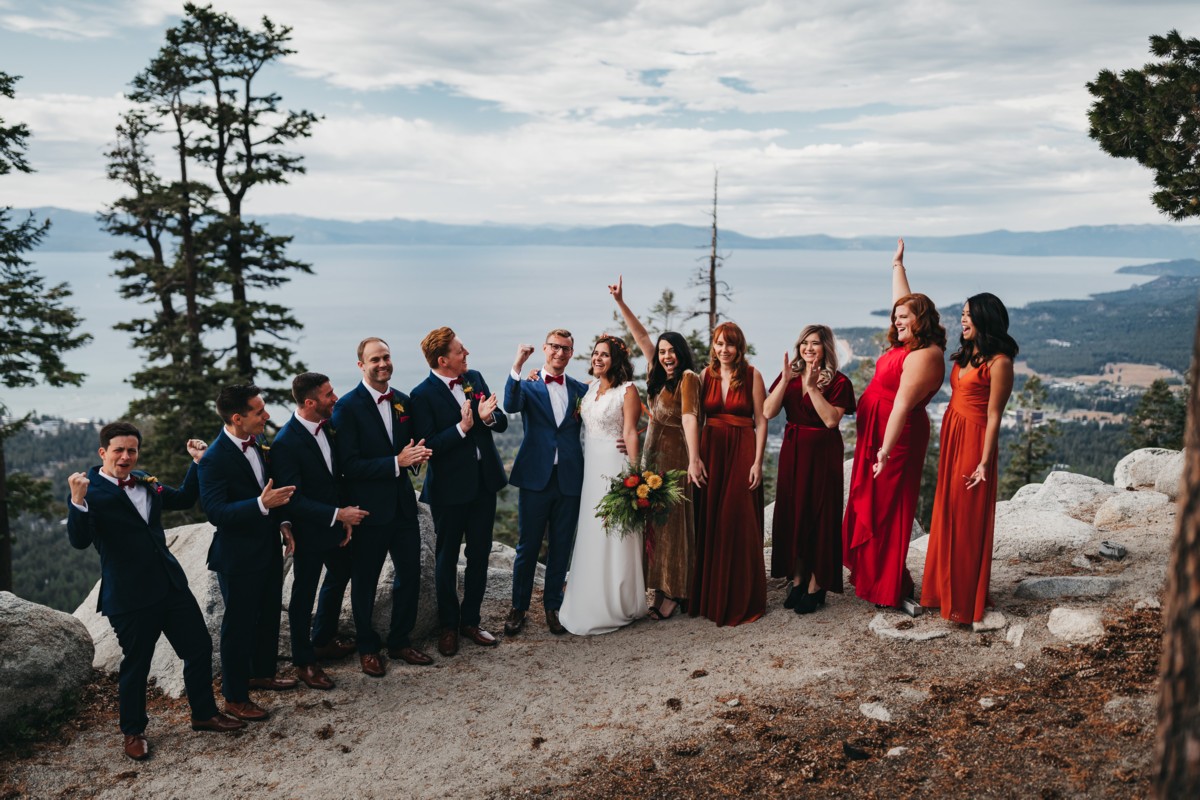 Unique accents were the name of the game with their wedding details. Jason and Angela’s pet corgi, Basil, was the perfect addition to their special day. As the third member of their family, there simply was no wedding without him. So Jason walked down the aisle with Basil in tow. During Angela’s vows, Basil popped his head between Jason’s legs and turned an already emotional moment into an even more special memory. 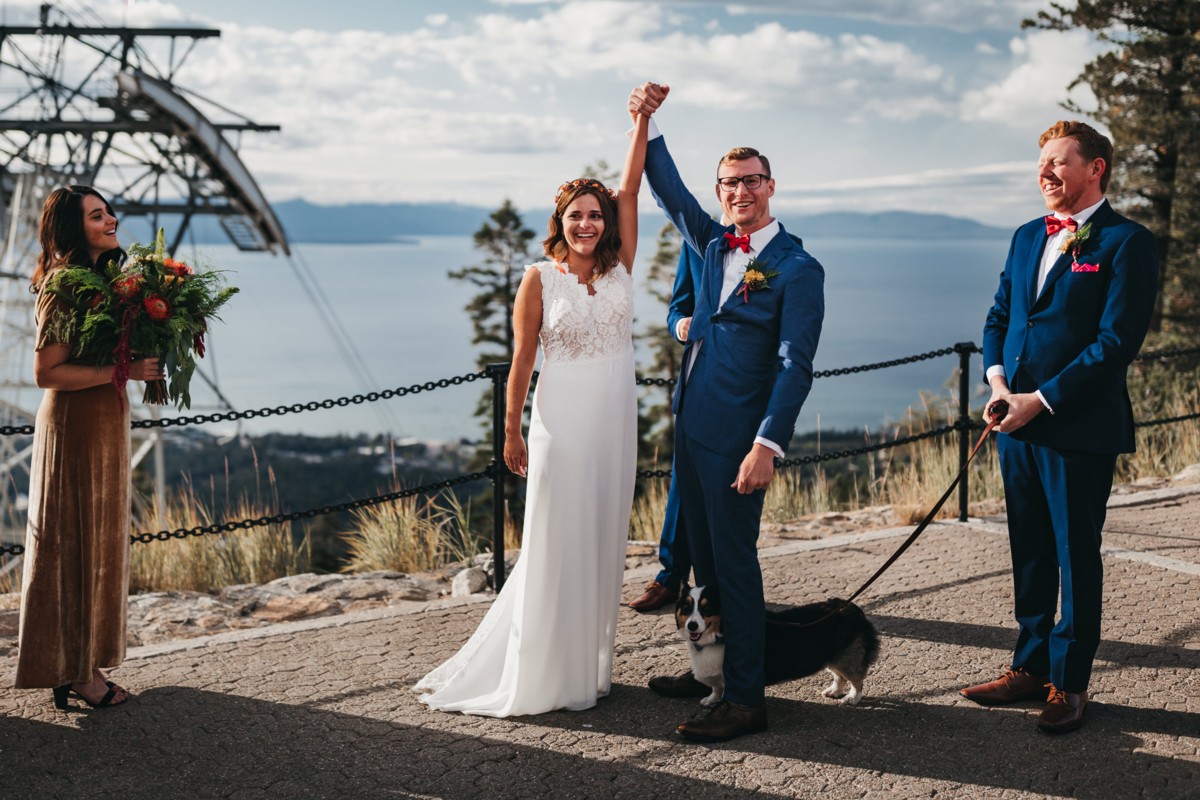 When Jason first began his career, he moved to California from Florida while Angela stayed behind to finish her senior year of college. The two sent handwritten letters to each other sealed with wax, and they continue to read them back to each other on their dating anniversary. It only seemed fitting for a sweet handwritten note to make it into their gifts to each other. 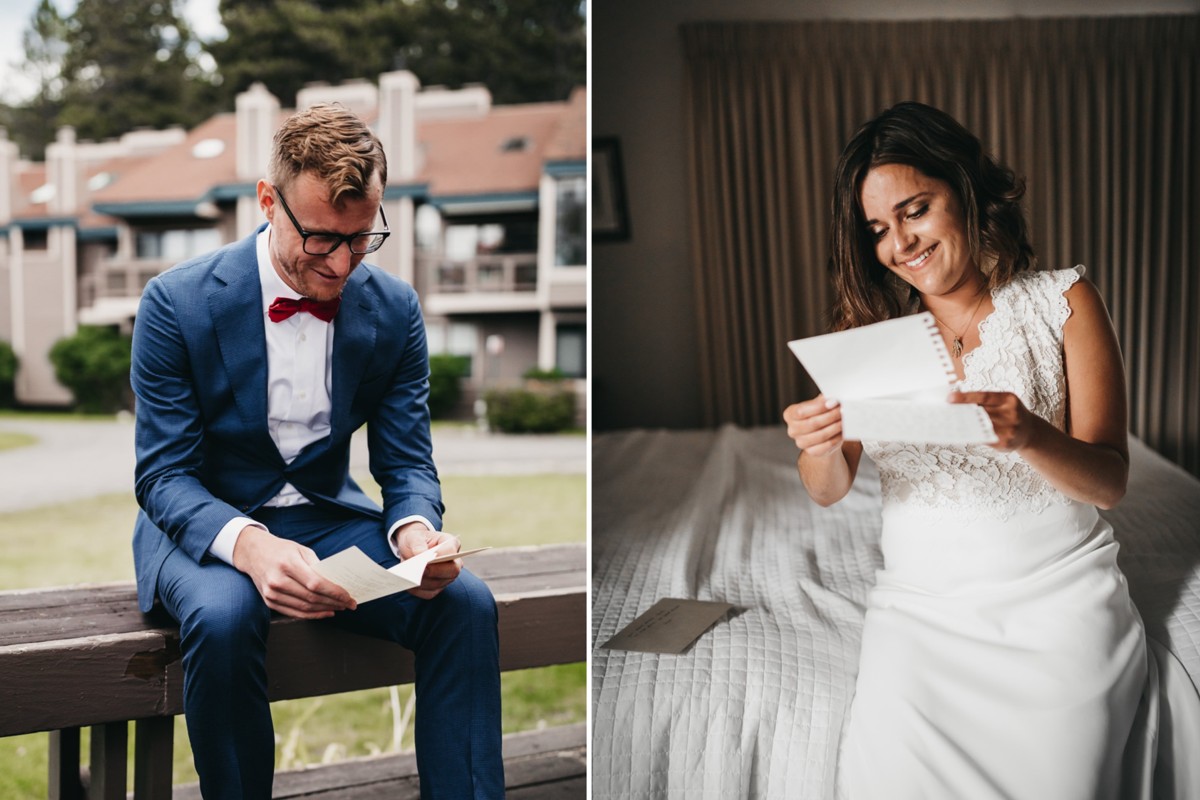 Jason’s groomsmen’s gifts were incredibly unique. He wanted to give them something that would “blow their minds”, something they’d never expect. So he gifted them each their own figurine that represented a memory that the two had shared together. 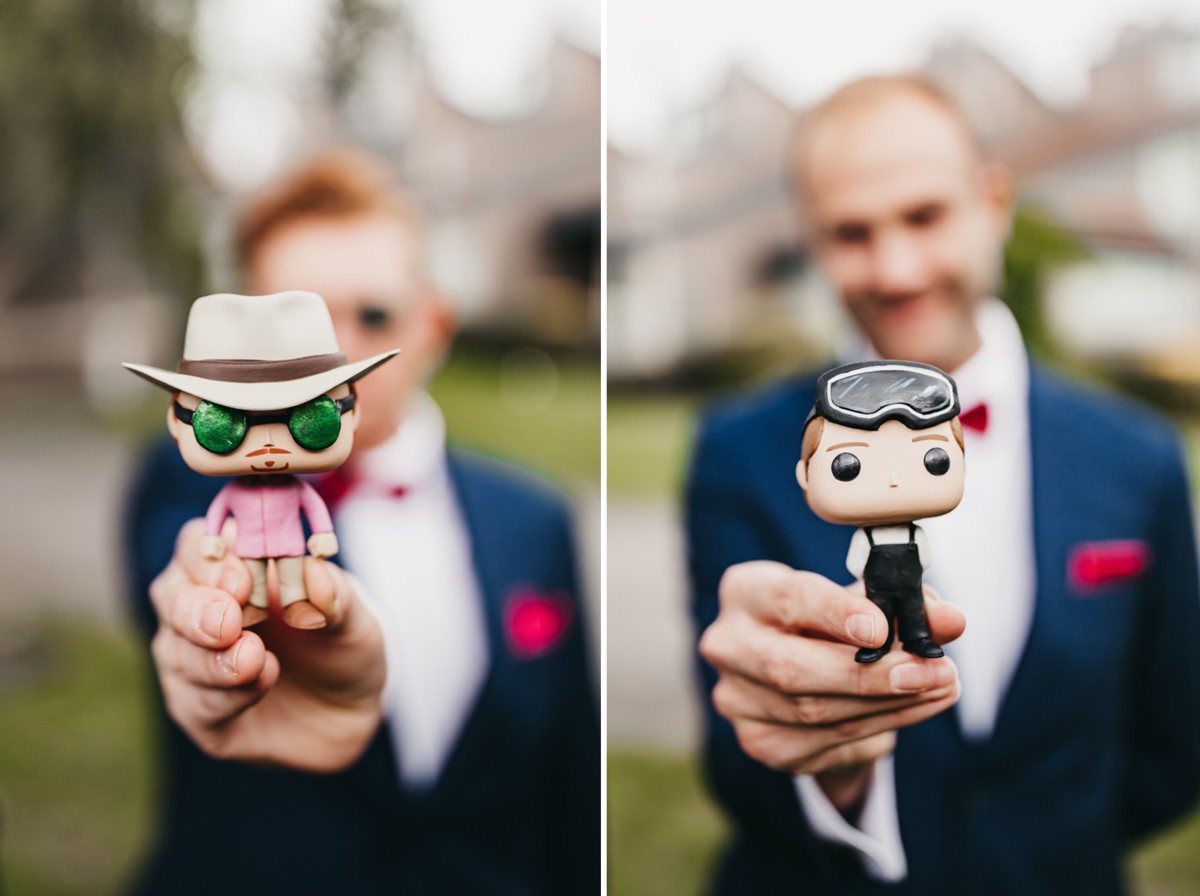 The reception took place at the Lakeview Lodge at Heavenly with the catering and drinks provided by Heavenly. Their three-tier cake from Flour Girl Wedding Cakes was topped with blueberries, the couple’s favorite, and a rustic cake topper with their initials, A & J. 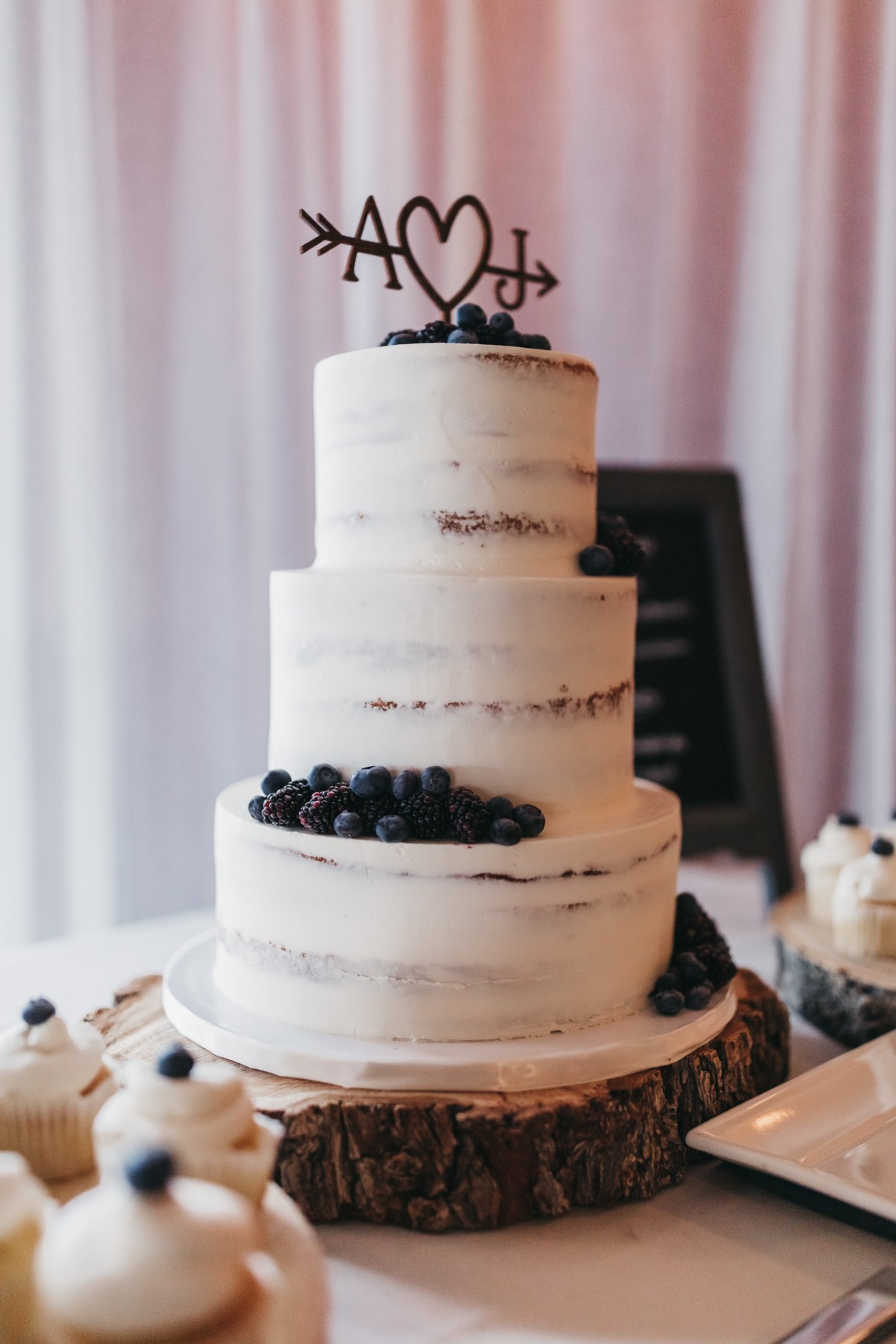 The guests enjoyed games, libations, and dancing courtesy of Cornerstone Entertainment.  The night ended with the song, Angela, by The Lumineers, where everyone took to the dance floor to slow dance with each other. It was a beautiful moment for Angela and Jason to share with their guests. 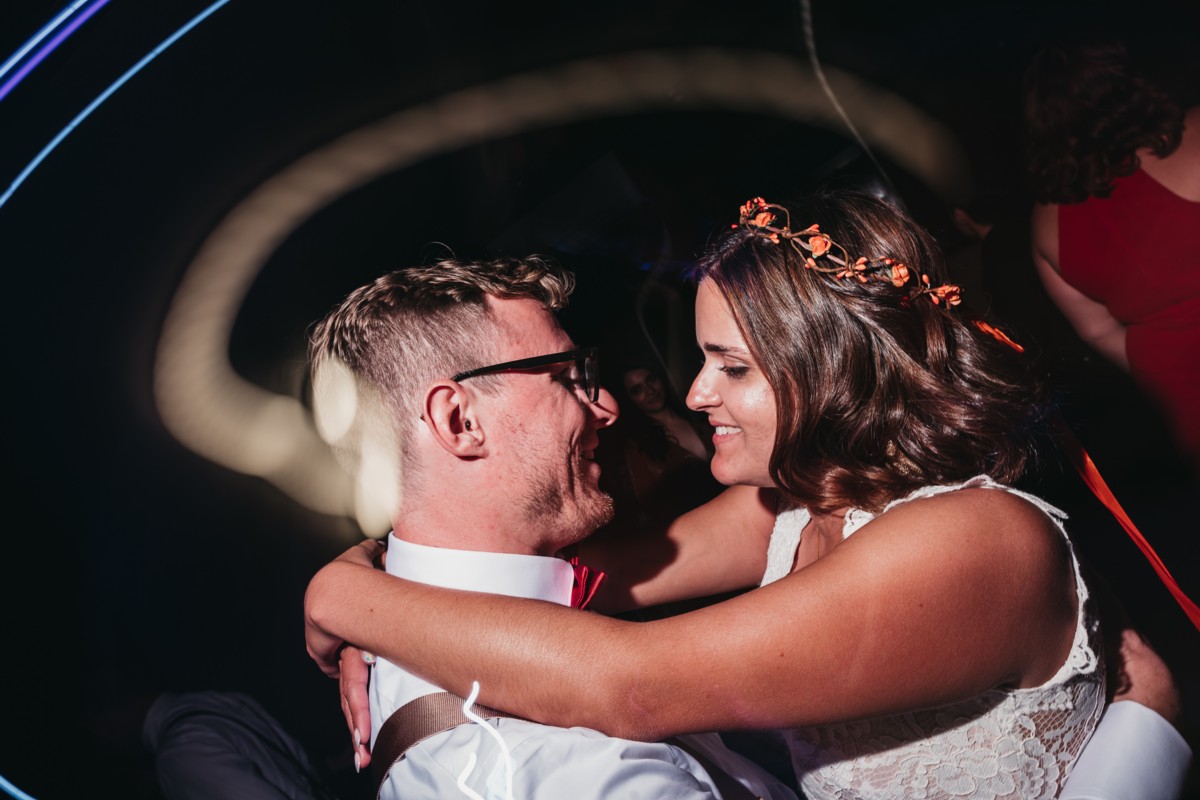 After a truly memorable weekend with all of the people they love most in the world, Jason and Angela remain deeply in love after almost a year of wedded bliss. Quarantine and COVID-19 have drawn them much closer together and they are truly grateful to have one another and their health during these times. Here’s to many more adventures for these beautiful lovers!