Reverend Mark Frady is a minister based out of Carson City, who officiates both non-denominational and religious weddings all over Northern Nevada and California. Mark has been involved with weddings in the Reno/Tahoe area for over 25 years. He believes wholeheartedly in the institution of marriage and loves to bring an air of humor, spirituality, and unconditional love to his ceremonies. 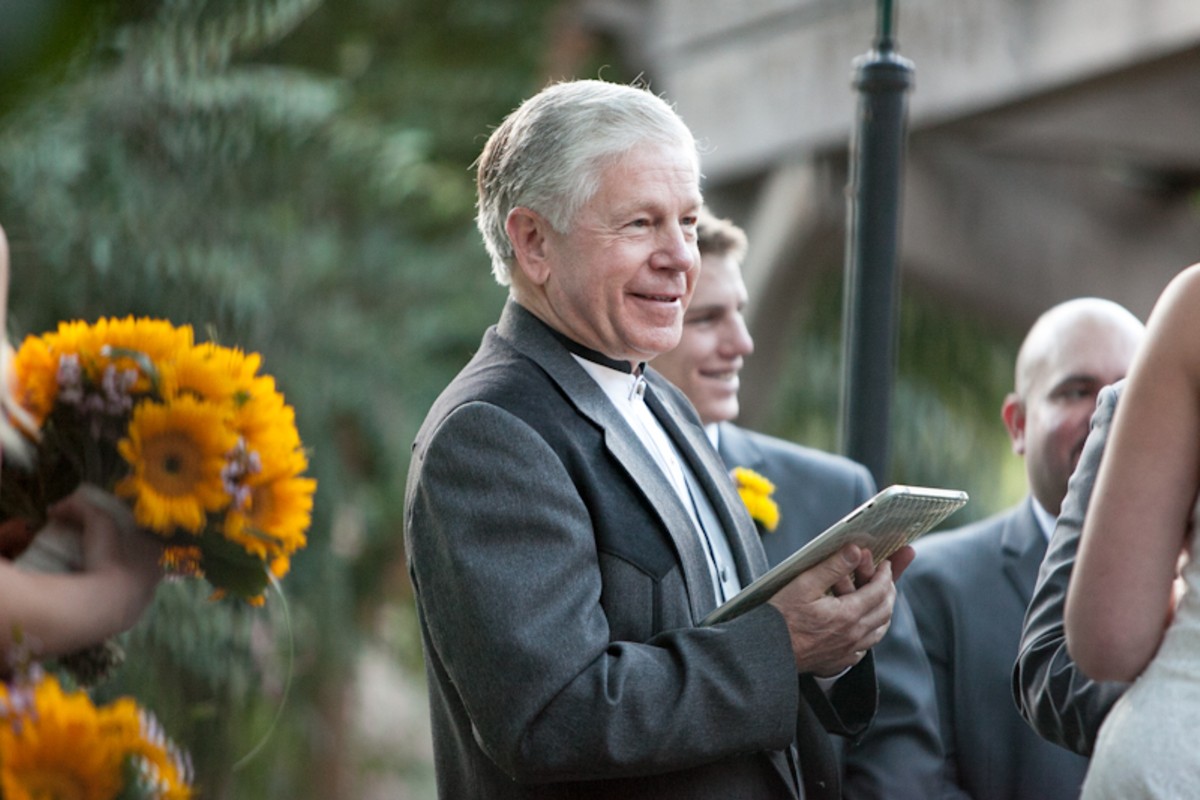 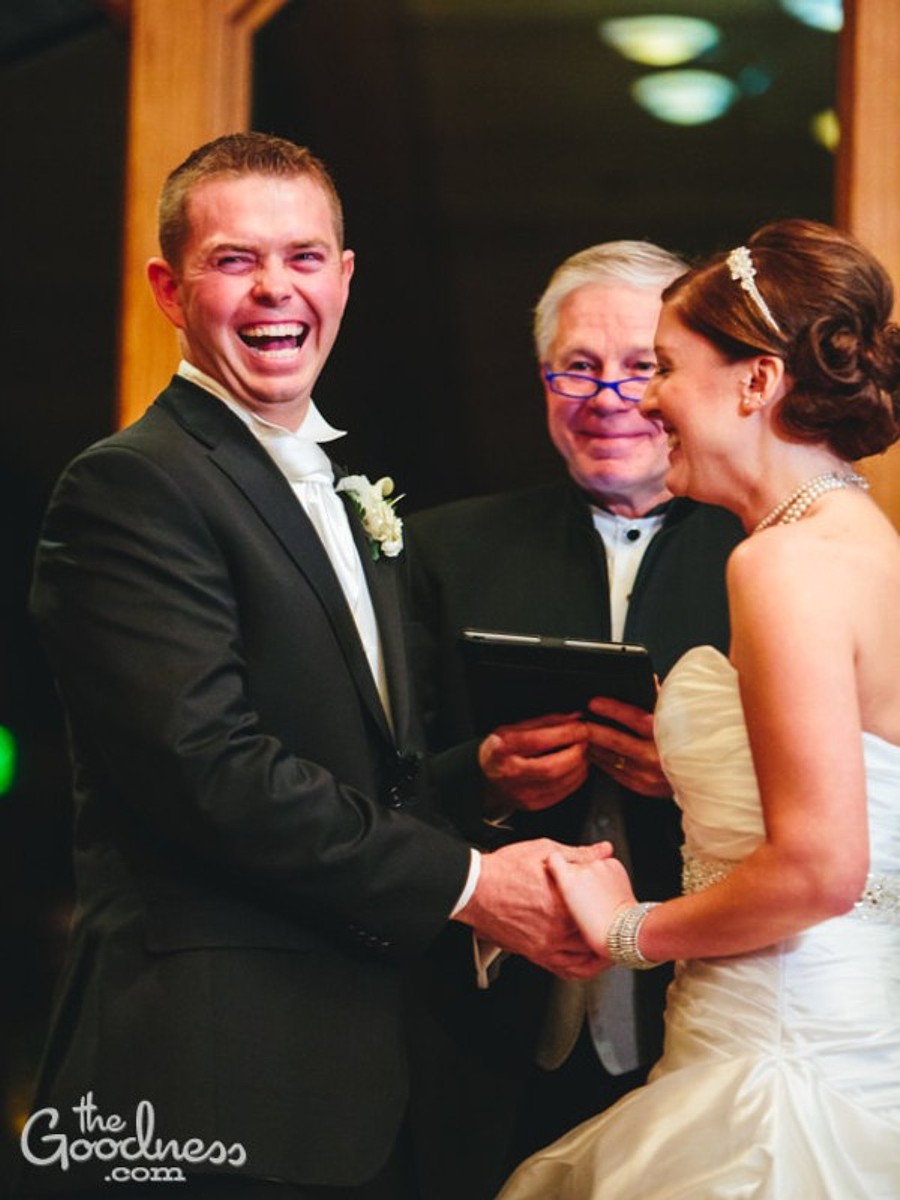 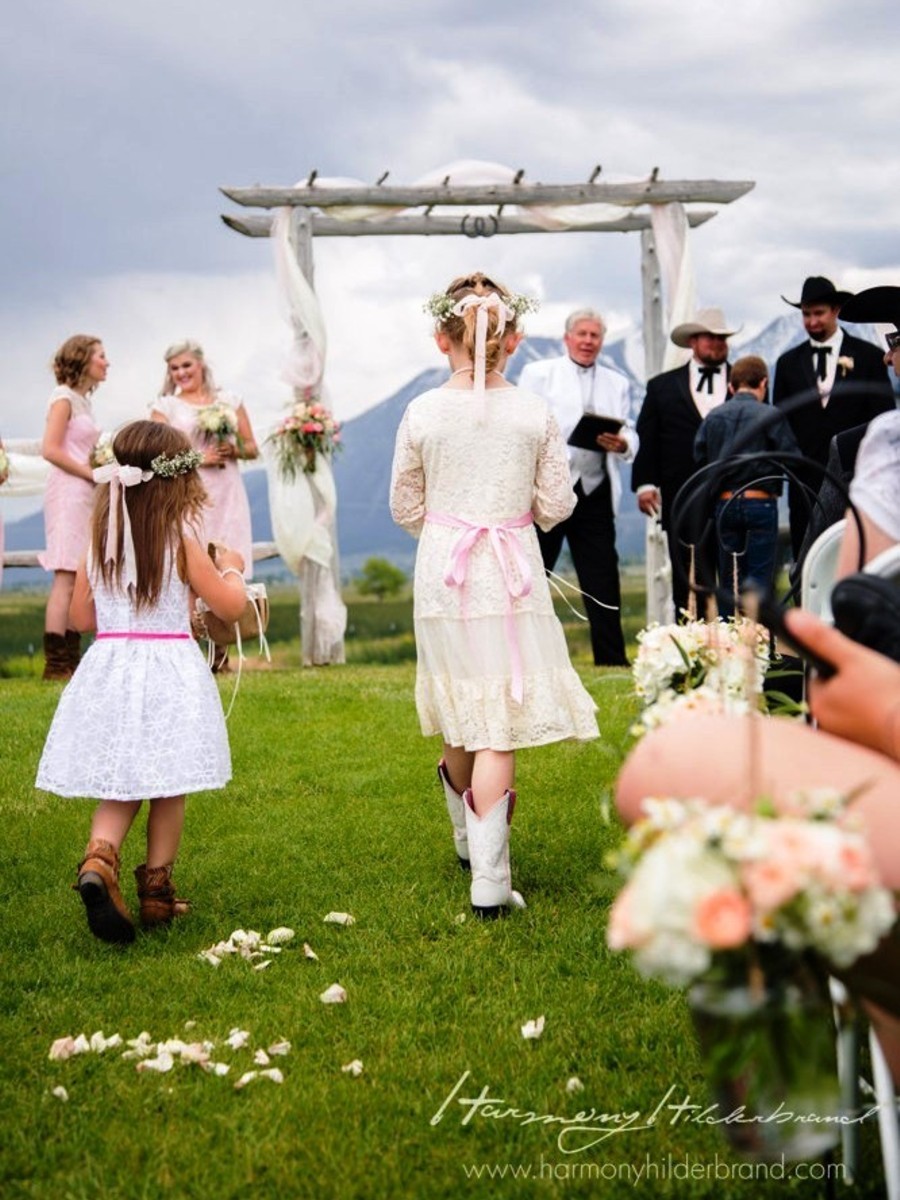 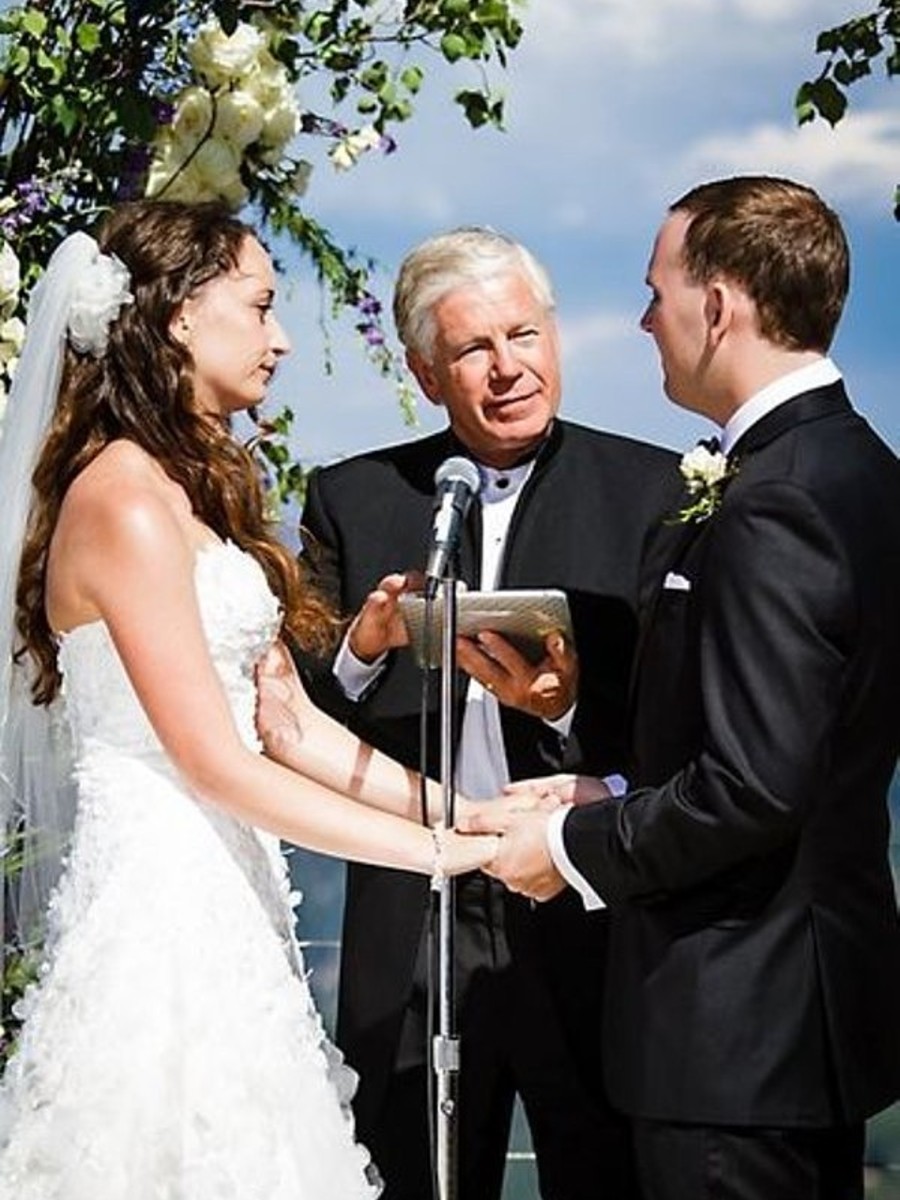 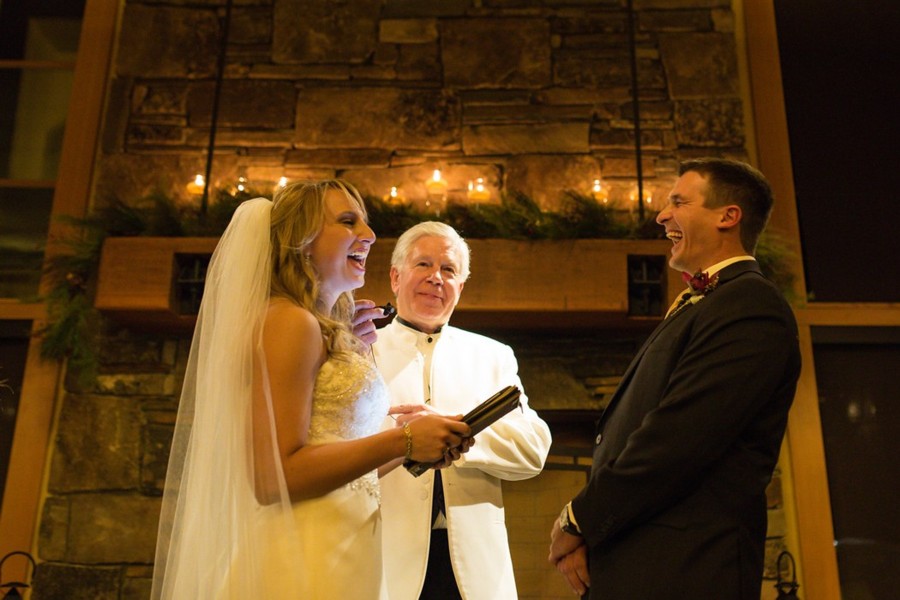 Along with his years in the ministry, Mark has led an incredibly interesting life. He served in the army in Germany for 4 years during the time that the Berlin Wall stood. Mark recounts many memories of driving alongside the wall and seeing fully armed men with weapons pointed right at him. It was a scary time to be in Germany, but he embraced it fully and remained in the country for 4 more years after leaving the service. Mark spent that time driving a delivery truck, which enabled him to travel all over Europe and become fluent in German in the process.

When he returned to the states, Mark moved to Nevada with his parents to attend the University of Nevada, Reno and study German. He was an outstanding student, taking 24 credit hours per semester. Mark began student teaching German classes in Carson City but knew he didn’t want to teach forever.

Just after marrying his wife, Carla, Mark accepted a job overseas in Switzerland.  Later, he was transferred back to the U.S. to work for the same company in Chicago. But after a while, Mark and his family decided they wanted to leave the big city and return to the West, so they relocated back to Carson City in 1986.

Mark decided to get into the dry cleaning business, purchasing his first shop in South Lake Tahoe, and quickly expanding to more locations around Northern Nevada. He further grew his business to include tuxedo rentals. At this point, Mark became hooked on weddings, and he eventually started an organization called Weddings of the West.

In 1998, Mark felt his calling to become ordained as a minister. He went through a 3-year training process at Fountainhead FourSquare Christian Church in Carson City. In 2005, he began officiating weddings. 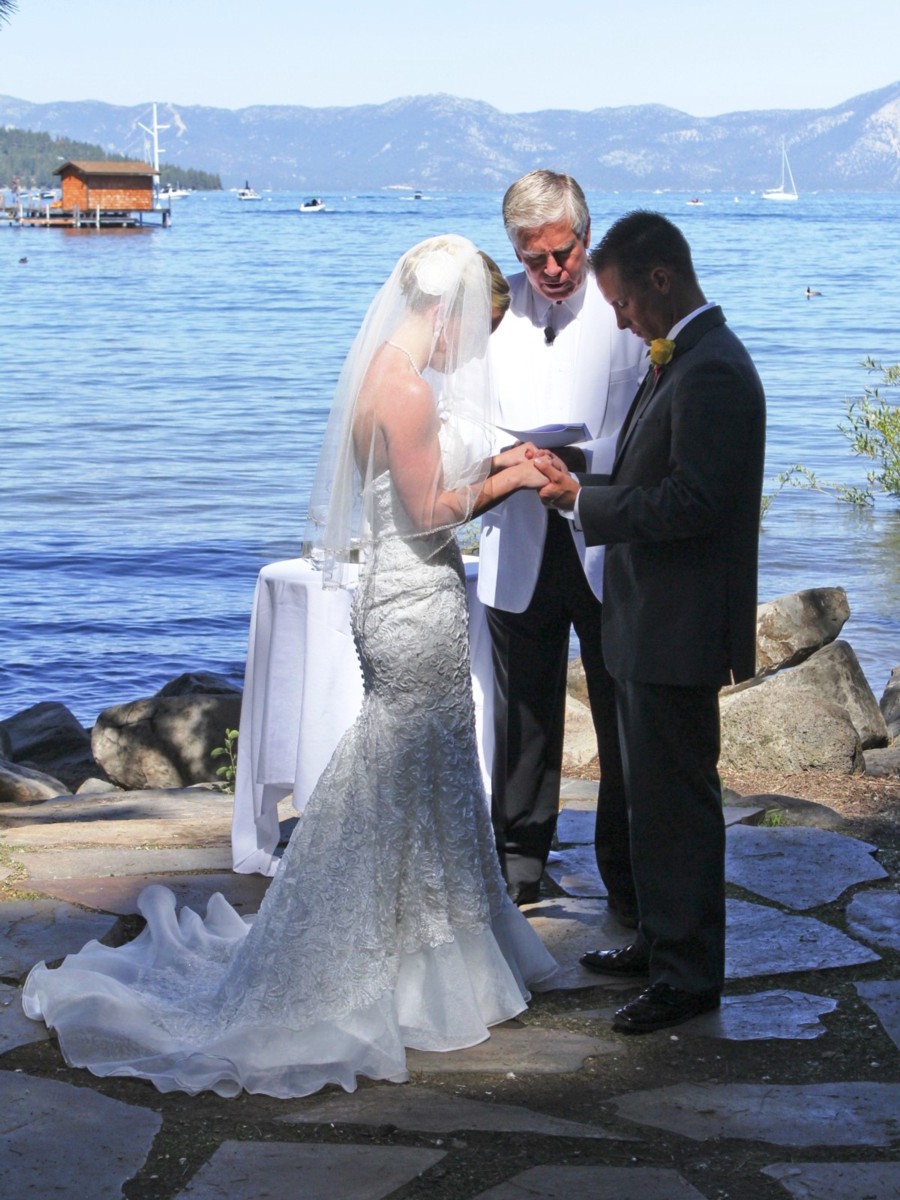 Mark did not simply want to be an officiant for his couples, he wanted so much more. From previous experience in his own life, Mark and his wife, Carla, took a class through their church. And after 20 years together, they credit this class with saving their marriage, as it taught Mark and Carla how to communicate and be vulnerable with each other, an aspect of their relationship that was missing at that time.

Mark now teaches that same class, many times alongside his wife Carla, to all of his couples. The class lasts for 8 weeks and is conducted over Zoom for one hour each week. Since he began, he has taught the class to 369 couples, on every continent except Antarctica. As of January 2020, 342 of those couples are still married.

It remains important to Mark to build strong relationships with his couples. His wedding packages include a “get to know you” phase as well as the class, the wedding rehearsal practice, wedding, and lifetime marriage counseling should his couples ever need it. The deep relationship that Mark builds with all of his couples goes far beyond their wedding day. He keeps up with their lives, sends them holiday and congratulatory cards, and receives them in return. He always jokes with them that ‘Mark’ is a great name for their first child. It’s his goal to create a lifetime of friendship and his couples quickly become like family to him. 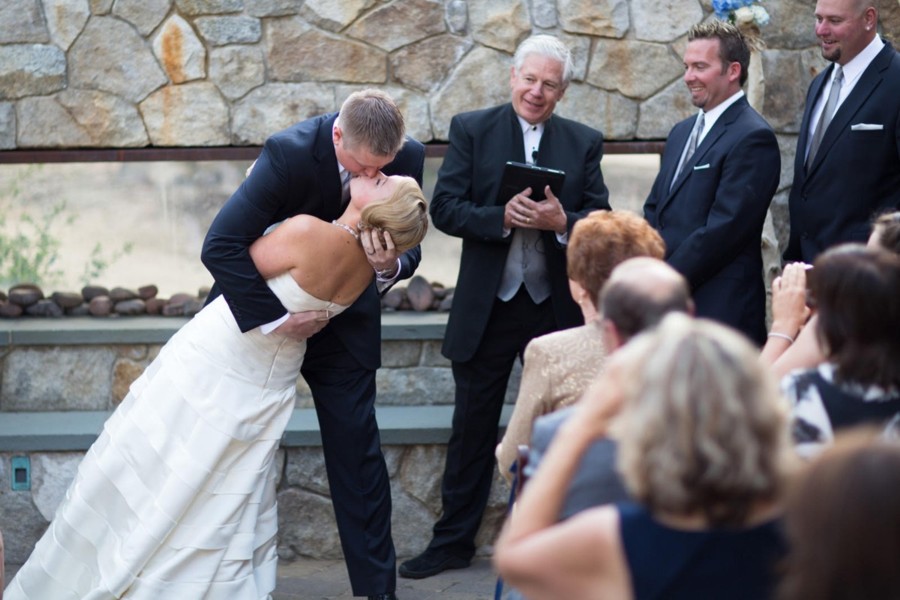 It’s no secret that 2020 has been a challenging year for the wedding industry, but Reverend Mark Frady has adjusted his sails to weather the changes. Many weddings this year have been smaller affairs or elopements, and he has even officiated some online weddings. Mark’s ultimate goal is to provide a service to his couples that is unique as they are, providing them with the tools they need to not only enjoy the experience of their wedding day, but a beautiful life together thereafter.